When most people are stung by an insect, the site develops redness, swelling and itching due to toxic effects of the venom.  However, some people may become allergic to insect stings. This means that their immune systems overreact to the venom. The doctors at Allergy Group NJ are here to diagnose and treat your bee sting allergy.

If you are insect-allergic, after the first sting, your body produces antibodies called Immunoglobulin E (IgE). If stung again by the same kind of insect, the venom interacts with this specific IgE antibody, triggering the release of substances that cause an allergic reaction. These reactions can be caused by honey bees, yellow jackets, wasps, hornets and fire ants.

Normal bee sting reactions are limited to site of the sting, with only localized swelling and pain.  Allergic reactions are more severe than normal stings, with rash or swelling far away from the sting area.  The first allergic reaction is a warning that the next sting could be anaphylactic or life-threatening. 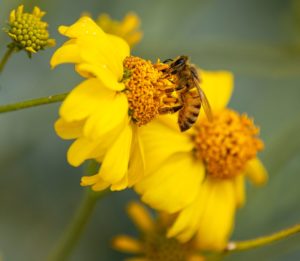 For a small number of people with venom allergy, stings may be life-threatening. This reaction is called anaphylaxis. Symptoms may include two or more of the following. Unless epinephrine is administered immediately death may ensue.

Referral To An Allergist

Anyone who experiences a severe allergic reaction to a bee sting should be referred to an allergist for diagnosis and management. We are  Bee Sting Allergy Specialists located in Manalapan and Holmdel NJ. An evaluation consists of skin testing to the venom of honeybee, yellow jacket, wasp, yellow and white faced hornet.  In the southern US, fire ant may be tested. The venom for testing is highly diluted and will not cause a reaction. A positive skin test will confirm that you are allergic and at risk for anaphylaxis.  It will also identify which stinging insect was responsible.

An epinephrine injector such as the EpiPen or AuviQ will be prescribed. You must carry the injector at all times. However, in some cases, epinephrine alone is not sufficient to reverse an anaphylactic reaction.  For that reason, allergy desensitization should always be recommended. A series of venom injections from that specific insect will immunize you against future sting reactions. Contact our office for a consultation.